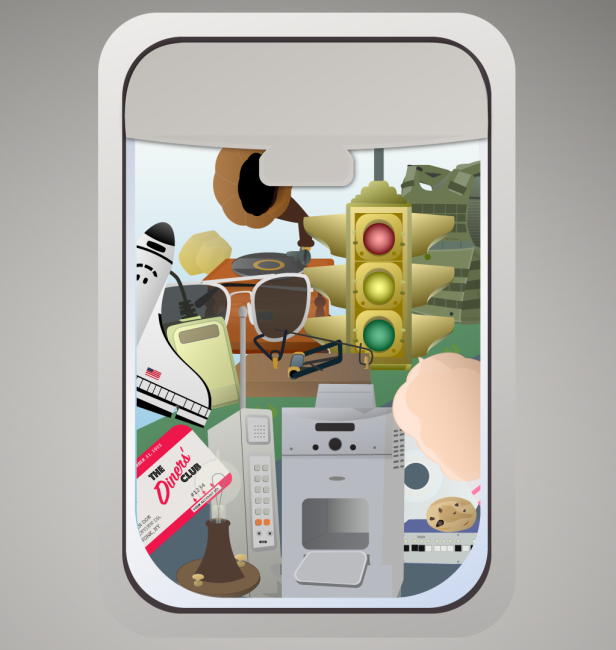 What Story Does This Picture Tell?

My last post discussed visualizing data and provided an example of my invention. In this post, I wanted to try my hand at visualizing qualitative information. I created the graphic above this week to see if I could create an educational graphic that was visually interesting. I was inspired by the work of artists like Antoine Corbineau. I love his use of color and the cartoon-like feel of his work. My visual consists of a group of staged computer graphics that I created this week.

Take a moment to look at my graphic. How did I do? Do you know what I was attempting to say?

My picture’s story—the viewer has flown (or is flying) commercial to America and he or she takes a look out the window and sees a diverse series of items invented in the United States. It showcases a portion of America’s contribution to technology, showcases the country’s ingenuity. The inventions are arranged in an I SPY fashion. I loved viewing Walter Wick’s work as a kid.

The inventions shown were inspired by a Nicholas Eftimiades’, a professor at Penn State University, blog post.

My graphic includes the following inventions:

Let’s start with the stage. The frame of the picture is the interior of an airplane; the focus is the window. This symbolizes travel, taking a journey. 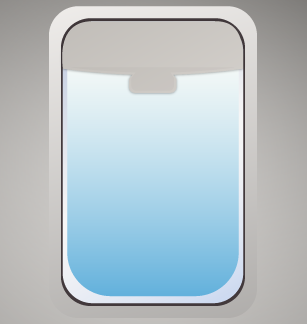 The shuttle wing informs viewers which country’s contributions are shown. 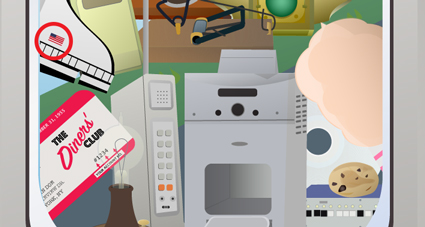 The inventions are staged in random order to create a fun I SPY-ish collage. This is a common technique in information design. Paolo Ciccarelli, Head of Density Design, explains, “When the main narrative doesn’t hinge upon strict sequences, we often conceive our visual stories like a panorama, where the eye is free to wander…It’s the viewer’s choice which part of the story to follow, which arguments to combine.”

I wanted to stick my “panorama” into the confines of an airplane window. I made this choice to foster a journey narrative for my graphic. You could say the audience is flying through a small, select history of American inventions.

I built every element in the graphic from scratch using Adobe Illustrator. I started with the plane window, my stage. Using reference images gathered from the web, I built the sixteen inventions on their own. Finally, I randomly placed the images in a way where most were partially obscured but—hopefully—still recognizable. I also varied their sizes. I did this to create multiple entry points for the eyes and create visual interest. Partially obscured elements tap into our innate enthusiasm for puzzles.

One thought on “What Story Does This Picture Tell?”